Less than an hour after arriving in Hong Kong and I’m sippin a ‘Singapore Sling’ at the highest roof top bar in the world! I feel like I’m allowed to brag, if even for a moment, because the last 3 weeks of my life in mainland China paint a much different picture. China, China, China. How can almost 1.5 billion people actually enjoy snacking on cold chicken feet and duck heads?… I must be missing something. Unfortunately I didn’t have the guts to try it. I did however try some deep fried fish. Sounds good right? Anything deep fried is delicious. Wrong. I didn’t realize they meant deep fried yesterday, then served cold and whole today. Yes, it tastes even worse than it sounds. Overall I’m going to give China a B- for food. When it’s good, it’s amazing! (nothing like what we call Chinese food at home). But when it’s bad, it’s absolutely horrendous. So far though, Hong Kong is making up for it. I’m onto a blackberry mojito now. Don’t judge me, you have to toxify to be able to detoxify later 😉
But back to the last few weeks. I began my walkabout in Beijing with my brother Russ and his wife Aleksandra. From Beijing we traveled to Nanjing, the old capital. I won’t bore you about the wonderful museums, but the English translations are fantastic. See below. You get what they’re trying to say, but it definitely provides entertainment. After Nanjing came Huangshan, where James Cameron supposedly said he found his inspiration for the movie Avatar. The mountain peaks appear as if they’re islands in the sky, simply floating on a bed of marshmallow clouds! Break. Break. I need to take a moment here to explain the non-existent diaper situation in China. Parents split their children’s pants, for ease of letting them use the restroom… Literally WHENEVER and WHEREVER the child needs to “go”. For all of my friends with new little ones, please refer to exhibit A in the picture below, no words can describe and you guessed it, that’s mesh.
Next on our itinerary, Lushan…a.k.a old European town. As soon as we arrived something felt different. The air was clean (it’s a tiny town above cloud level), everyone was friendly and smiling, children were running around playing, old people were playing dominoes and cards in the park, it felt like heaven. It’s also where I took my favorite picture yet, the one of the two adorable girls below. Either I should start considering photography as my next profession (I’m still waiting on suggestions from all of you) or these girls were just so freaking cute, they could have made anyone look like a pro. I’m guessing the latter. After Lushan came Changsha, a larger city where we got to witness firsthand some of the riots around China in regards to the Diaoyu Islands (or Senkaku depending on who you talk to). There’s A LOT of heat and anger right now over who these islands belong to, Japan or China. So much so that yesterday I was sitting next to this nice Japanese man who had to pretend to be from South Korea to avoid confrontations. Just a unique experience to be in the country during the turmoil. I even got called an “American Devil” by one Chinese man (he was laughing) but it sums up how they see us (the US) as siding with the Japanese. Of course I couldn’t help myself and with a smile called him a “Chinese Devil” in response 🙂
Oh Guilin, one of the prettiest places in all of China. Limestone mountains shoot up out of nowhere along the river, like fingertips reaching towards the sky. Pic below. Also close by are the Dragon’s Back rice terraces. Story behind it is that one of the minority groups in China, the Zhuang, were pushed into the mountainside by the majority group, the Han, and the only place they could grow rice was up the mountain. It’s beautiful though, truly magical. They literally look like scales of a dragon. So although China gets a B- for food, they get a solid A+ for their nicknames. (trying to end on a positive)
And now here I am, Hong Kong. Imagine if a British accented New York City and Hawaii had a baby, you’d get Hong Kong. It’s gorgeous. Big bustling city, for the city girl in me, and the beautiful views of the South China Sea from the more laid back beachy-town of Stanley, for the tropical girl in me. I’ve had the luxury of staying with my friend’s brother Jason and his wife Ariel who have treated me like royalty during my short visit. I never thought I’d be so excited to see a legit washing machine and dryer either! Funny how I’ve only been gone for 3 weeks and I’m already like a kid in a candy shop when I see these simple pleasures I usually take for granted.
So here I sit, enjoining one last cappuccino and tap water… Won’t be getting much of either of these in India. Tomorrow I depart for Delhi to meet my girlfriend Simone and the walkabout continues. Thanks for sticking with me…
Ciao!
L 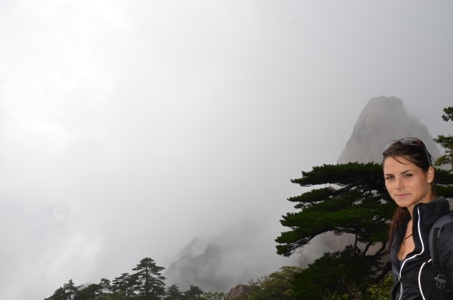 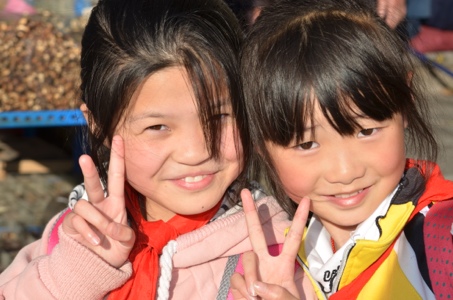 “When we come up out of the underworld after one of our undertakings there, we may appear unchanged outwardly, but inwardly we have reclaimed a vast and womanly wildness. On the surface we are still friendly, but beneath the skin, we are most definitely no longer 𝘁𝗮𝗺𝗲.” . - Clarissa Pinkola Estes . . I couldn’t be more excited to study with this woman this summer. When her workshop “Singing over the Bones” opened up, it took less than an hour to fill. The waitlist is hundreds long. I am ready again for going into the underworld with her as my guide and channeling her teachings in my future @walkabout_yoga_retreats and yoga trainings. Who knows what sort of creature will emerge afterwards, but I am certain she will not be 𝘁𝗮𝗺𝗲. . Join me this fall for 2 incredible Intensive Retreats where I will be sharing EVERYTHING I’ve absorbed from this woman with you. . 📍Bayfield, WI Training Retreat co-hosted w/ Robert Sturman ~ Artist/Photografía @ Wild Rice Retreat 📍Grand Cayman Training Retreat co-hosted w/ Patti Doyle . Link in profile 🕯 . #walkaboutyoga #clarisspinkolaestes #womenwhorunwiththewolves #singingoverthebones #kiragrace @kiragraceyoga 🌑
I CREATED SOMETHING... 🙊🦓🐘🦏🛫🌍 Wanna come?? YOGA & SAFARI Retreat in Tanzania February 2021! . 🦁 Early Bird Special still running! 🦁 . . 🦓 This 8 or 13-day safari and cultural experience is hosted by Walkabout Yoga & Zagas Explorer. . 🦏 We will lead you through Tanzania’s renowned northern circuit of national parks to see the BIG 5 with daily yoga and meditation practices to soak in the landscape and experience! . 🦒 For those participating in the full 13-day retreat, participants will additionally spend another 5 days on the beach on the tropical island of Zanzibar, located off the coast of Tanzania in the turquoise waters of the Indian Ocean! . 🐘 It's time to take a yoga retreat on the wild side😬 . •••••••••••••••••••••• . • THE EXPERIENCE 🦁 8 day luxury safari that includes visits to Tarangire National Park, Lake Manyara National Park, Serengeti National Park, and Ngorongoro Conservation Area. Also includes a day trip cultural experience with the Maasai tribe. (If doing the safari portion of the retreat only, trip does not include the Zanzibar portion.) 13 Day Retreat inludes the 8 day luxury safari PLUS 5 day luxury retreat on the beach in Zanzibar. . • DAILY YOGA & MEDITATION 🧘🏻‍♂️ Daily yoga sessions, 1-2x per day depending on activities . • GUIDES AND TRANSPORTATION 🛺 Professional English-speaking safari guides; all transportation during the trip including airport transfers. . • ACCOMMODATIONS & MEALS 🍌 Shared / double occupancy luxury tent accommodations during the safari; shared / double occupancy luxury bungalow accommodations in Zanzibar. Single accommodation can be arranged for extra cost (single supplement) upon request if availability exists. Three meals per day, most alcoholic and non-alcoholic beverages (except in Zanzibar), and water during days on safari. . •DOMESTIC FLIGHTS 🛫 Flights from JRO Airport near Arusha to ZNZ Airport in Zanzibar, if participating in the full retreat only. ••••••••••••••••••••••••••••• . Visit link in profile 🦏🐘🦒🦓🌍
ｍｅｔａｎｏｉａ [meh-ta-noy-ah] • Greek (n.) the journey of changing one’s mind, heart, self, or way of life; a spiritual conversion. @arspoetica.us .. Been doing a lot of this recently. It reminds me of another quote I’ve heard recently. “You say I’ve changed, but I’ve come too far to be the same person I was before.” - unknown . Why do people say that like it’s a bad thing? . . 👼🏼🏹 FYI, my girls over at @kiragraceyoga are doing a $20 free “CUPIDCASH” today on $100 purchases and tomorrow starts their HUGE Winter sale. And yup, they’re all I wear. 😬❄️ . #walkaboutyoga #change #butterfly #kiragrace #metanoia #spiritualawakening #transform #inversions #handstand
|| ᏞᎾNᎬ ᏔᎾᏞᏙᎬᏚ || - our poem I tried to sing but could only howl, I wanted to purr but couldn’t stop the growl They said “sit still” But I tore off down the trail, They said “cross your legs” dear But instead wagged my tail. They tried ribbons, and bows, and a matching skirt, But I stripped down naked my paws gripped the dirt. They said “she’s a wild one”, an untamable beast, Finally a truth, and a smirk took my cheeks. They called me ungrounded, my world wasn’t reality, They prayed for my health and my mental conformity. “Someday you’ll see you can’t live in your dream”, Then they drudge through their settling and daily routine. So I stayed in the woods, slept alone ‘neath the stars, And I listened to my heartbeat, welcome the early hours. A peace has settled, my inner rebel still slumbered, There was no need to prove, Their judgement unwarranted. So I sauntered deeper into the woods, To find my true tribe of other lone wolves. //L 🐺 . . 💻 See you Monday on the Walkabout Yoga FB page 💻 . . . 📷 @jennifer.manville . #walkaboutyoga #liveq&a #walkaboutpoems #jennifermanvillephotography #yogaretreats #yogaretreat #yogateachertraining
MIDWEST YOGIS! 🧨 New CE Training & Retreat co-hosted with my uber talented #soulfriend @robertsturman COMING September 2020. I’m so excited to be reunited with this #fotografia magician again ✨ (maybe he’ll even bring my love Chai the rescue pup 🐶) #rescuedog . 📍Bayfield, WI @wildriceretreat . 📆 September 20-24th, 2020 . 🌪’CHAOS REMASTERED’ Intensive Advanced Training & Retreat (CE credits) . Visit link in profile - SPECIALS currently going on @wildriceretreat . . . . #yogaretreat #yogatraining #wildriceretreat #robertsturman #kiragrace #wisconsinyoga #yogawisconsin #bayfieldwisconsin #yoga #chaosremastered #notlost
✍🏼 NEW BLOG out and about... 'αmσr fαtí' - lσvє σf fαtє... from my stubborn heart to yours 🖤💫 . (link in profile) . . 🌳Amor Fati’ Chaos Retreat & CE Training @wildriceretreat (Sept 20-24, 2020) . . . . . 📷 @jennifer.manville . #walkaboutyoga #walkaboutblog #amorfati #wildriceretreat #yogaretreat